When it comes to process equipment in ingredient handling, it’s no secret that more possibilities become available when extra facility space is available. One way to achieve these benefits is by combining two functions into a single machine, opening up plant space that would be required by two different pieces of equipment.

As we at AZO offer a pretty pertinent advantage in this regard with our self-dosing DA screener, our VITAL team (sales engineers Bill Nesti and Mike Miller) sat down to discuss how exactly implementing a dosing screw within this screener model provides just such an advantage for the companies that utilize it. 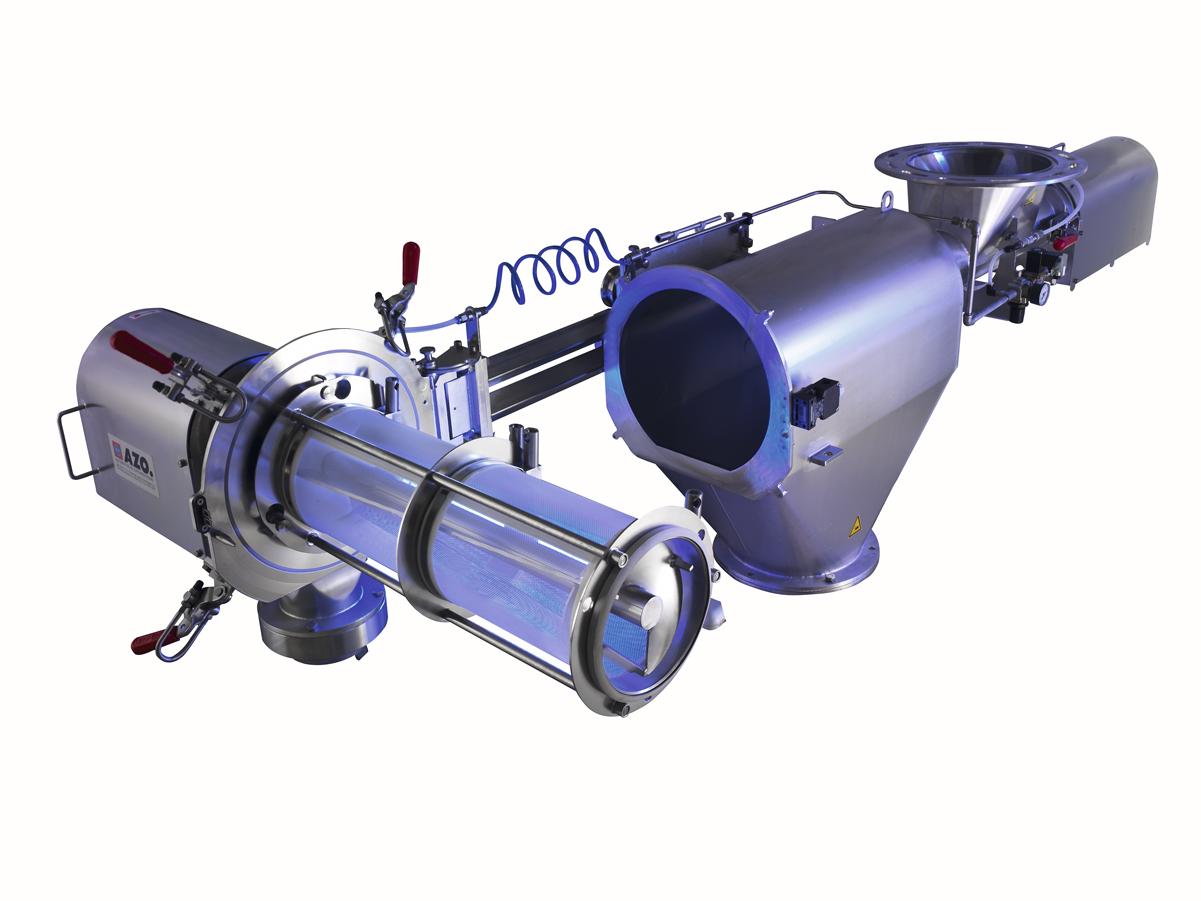 We’re continuously looking for subjects of particular interest to plant operators, and although this discussion relates to proprietary AZO technology, combining functionalities, in general, can provide major benefits for a multitude of material handling operations. Here are a few points of interest in that regard in a Q & A-style blog post:

How helpful is it to have more space in a manufacturing facility, in general?

MM: In most applications, space is a serious consideration. There are two kinds of scenarios. There's a scenario where you kind of have an open book — you're building a new plant, but every additional vertical foot you need is more of the building that you have to build. It's also more of the building you have to heat, cool, maintain and clean. If you can minimize your overall building size based on the equipment stack-up you need, then one foot or two feet becomes a decent chunk of a budget. 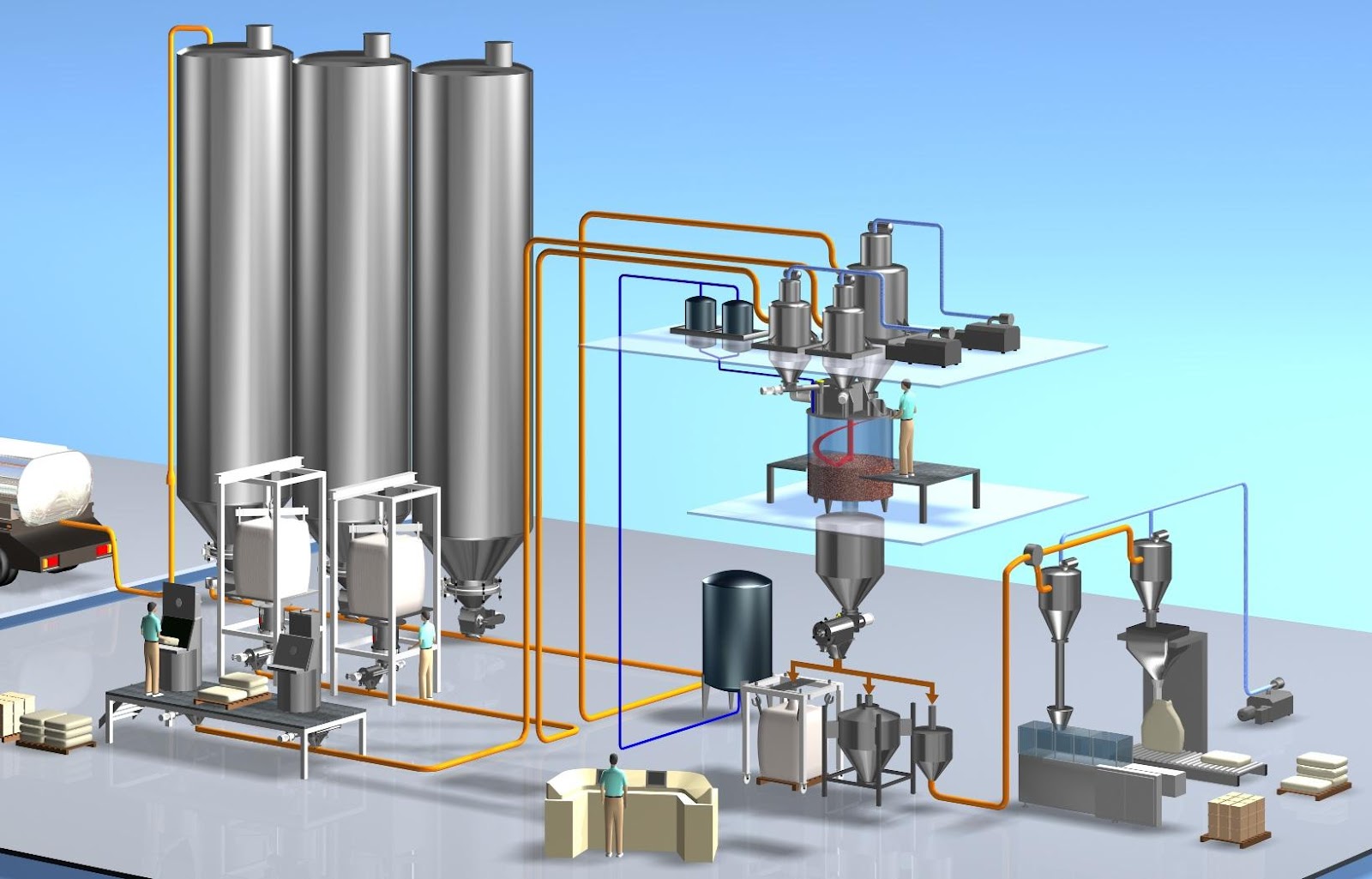 On the other side, if you have an existing facility and you're trying to maximize the space allowed that you have for your process, again, minimizing the amount of total stack-up space you need for your equipment is going to be a net benefit.

Just because you can build a facility bigger, doesn't mean you should. It really just depends. Conversely, if you had X amount of space for a stack-up for an indoor silo, for instance, and if you needed one or two feet less at the outlet, that's one or two feet more than you could build your indoor silo for additional storage.

And essentially, the benefit of a DA Screener’s internal dosing screw is that plant managers wouldn’t have to invest in a separate dosing device to use downstream? It’s consolidating two functions, so to speak?

MM: If you're talking about feeding specifically, then yes. You're able to combine the effects of a DFS screw feeder and a screener into one device. If, for an existing setup, you find yourself budget constrained (but not height constrained) utilizing one of our E series screeners with a dosing device that you already have could pose a certain advantage. Otherwise, the DA model is a better choice from a value proposition. In addition to the self-feeding functionality, it's also easier to clean, maintain and operate.

BN: The E series doesn’t contain an effective dosing screw. It’s just a conveyor, but the screw that is implemented on a DA screener, with its motor drive, is a much more accurate dosing device. It can be used to control the feeding of the screener, which if that’s all you need, that’s great. It can also be used as a precision feeder to feed a scale while it simultaneously provides the screening function. 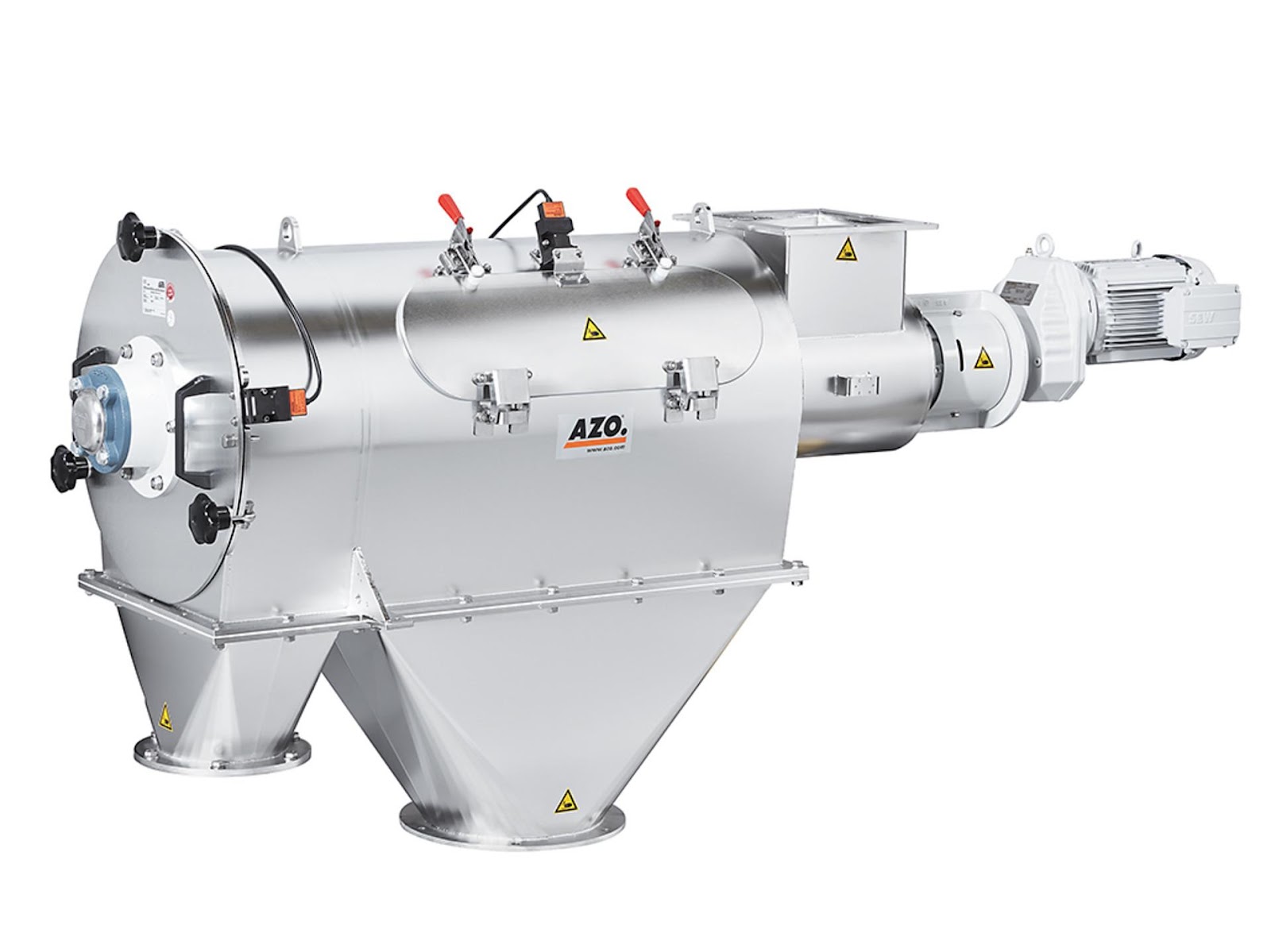 Our E series screener also is not meant to be flood fed or chunk-fed. You have to meter product to it. Just like Mike said, if you already have a feeder, then you just need an E series screener. It would make more sense. If you don’t have a feeder there now, that means you have to buy one, and have two pieces of equipment work together to meter product into the screener.

So not only is it consolidating two functions, but the DA screener is doing a more accurate job dosing out the material?

Is there a counter-argument there that such a device is more expensive?

MM:  I don't think it's necessarily more expensive than a separate dosing or feeding device and a screener. It really depends on which model you get, what your overall throughput is — you know, those kinds of things. It's going to be at least in the same ballpark.

How similar is the DA's self-dosing screw to the pneumatically operated shut off valves that are found on other dosing screws?

MM: Well, a DFS screw feeder has a cutoff plunger that pushes into the end of the dosing screw — You don't have that on a DA screener, so you'll need to use a butterfly valve at the outlet of the DA screener to accomplish that task.

It's not exactly one-to-one. You do need additional equipment for that specific function. That's really just because at the end of the feeder in a DA screener, you have the screening chamber itself. So you can't put a valve in between those two because that’s just the way that the equipment is designed. 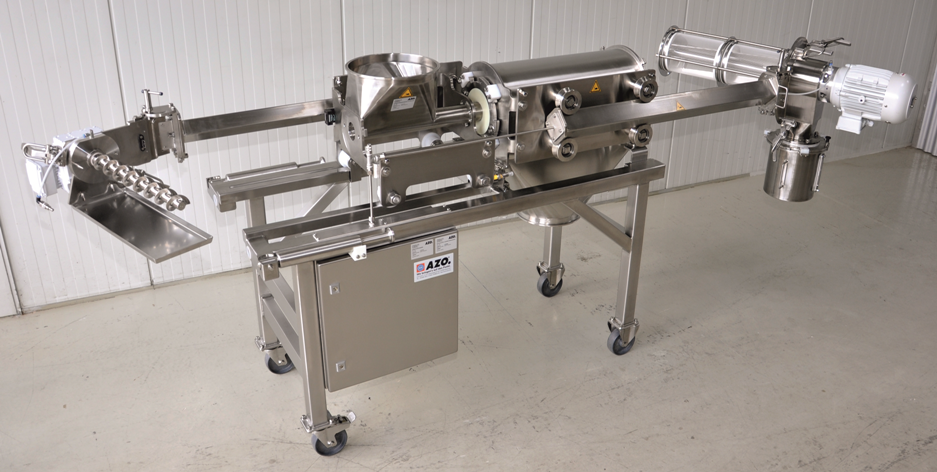 Does it work with a VFD the same way that another self-dosing screw would?

MM: Yes, it works precisely in that regard. If you are trying to use it for scaling, for instance, you could operate in a “fast mode.” You’ll then break it down to a fine feed to get to that precise amount that you want. Then, that last little bit that you need (whatever is in freefall from wherever you're reading from), that butterfly valve will act as that cut off valve.

In the end, there's a lot of different ways that you can think about the benefits of minimizing the overall amount of space you need for your process equipment if you can combine some of those technologies. Our DA screener model is just one example.

If you have any questions about the AZO DA screener model or ingredient automation as a whole, please contact our sales team. If you’ve seen enough and are ready to select from a myriad of screeners we provide, we have an in-depth screening buying guide to help you specify, justify or maintain the right AZO screener for your operation. Even if you aren’t sure, the guide is free and contains literature on other screener-related topics we hope any plant manufacturer can learn something from.