When to expand your bulk material handling operation is a critical question for any bakery, factory, or plant. Perhaps the success of your product has reached a tipping point. Scaling up production could be an intimidating and costly endeavor, but failing to keep up with a changing and competitive market could be the beginning of the end for a successful product. 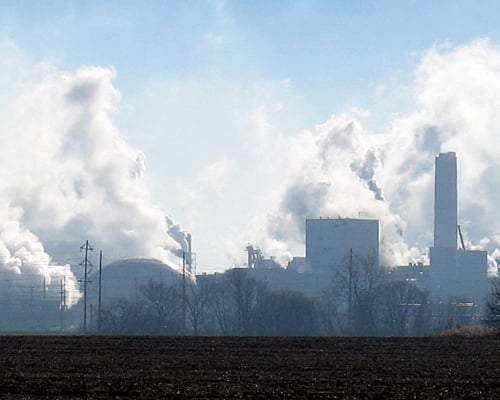 Industrial skyline photo from Decatur, IL, by Dan via Flickr. No changes were made.

Expansion of bulk material handling operations can come in a few different forms. A human worker can only move about 20 50-pound sacks per hour and a bulk bag unloader can unload 2,000 pounds in the same period of time. This simple automation solution, a super sack unloading system, could relieve a production bottleneck and would help a hot product grow.

Still, there are many ins and outs to recognizing when it’s time to expand. Chuck Kerwin, general manager of AZO Inc., sat down to go over critical points to keep in mind when considering expansion of bulk material handling operations.

What dictates when a plant should expand its bulk material handling operation?

CK: Basically the growth rate of the product. We have a client that has had the good fortune of a growing business for many years. They have had to expand production four times to keep up with customer demand.

Over time, they have postponed production expansion by improving the efficiency of their existing bakeries from about 75% to over 90%. They really did a fantastic job, but customer demand continues to grow and they have run out of capacity. They have to expand with a bigger plant.

Are there any other examples where expanding doesn’t always entail a bigger facility?

CK: Yes, we have a food client with multiple plants. They told us, “We're not very efficient running multiple bakeries. We want to consolidate into one modern bakery.”

Rationalization allowed them to automate bulk material handling that is currently being done manually. They also discovered the old bakeries were operating independently. For example, they discovered they were buying about 12 different kinds of flour when they really only needed six. This allowed larger purchases at lower prices by consolidating the buying process.

They looked into all their internal processes which forced them to really study what they did and how they were doing it. They looked at their business differently. Their expansion was actually a consolidation.

Could their old business model potentially lead to some product variation, depending on which bakery it’s coming from?

CK: I can’t say for sure, but it doesn’t make product consistency any easier with too many recipes. They certainly weren't getting any purchasing economies of scale. They were buying a whole bunch of stuff in small quantities. The expansion allowed them to buy larger quantities of fewer things.

Agricultural-industrial building in Skagit County, WA, by Joe Mabel via Wikimedia Commons. No changes were made.

Besides consolidating a bulk material handling operation, are there any other big-picture changes that fall under the category of expansion? 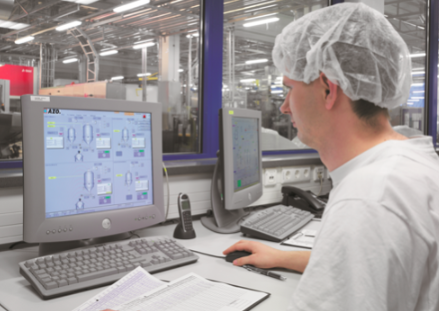 What are the benefits of taking the leap and investing in a new manufacturing plant altogether?

CK:New bulk material handling operations will give you access to new machinery and technology. That gives you new efficiencies: less labor, lower energy usage, better yields, less scrap — the list goes on and on.

Any company that's not investing in itself and replacing their old manufacturing lines is not really thinking about the future. The world is a very competitive place these days. To stay relevant, you’ve got to continuously upgrade your capabilities.

You hear a lot of complaints in the United States about unfair foreign competition. A lot is justified (not everyone plays by the rules), but you can’t overlook the fact that you simply cannot be competitive if your manufacturing facility is not modern and up-to-date. These days it’s not only the market that forces change. Sales channels are driving huge efficiency improvements — think of Amazon. They are also forcing manufacturers to use less packaging, better product identification and lower prices. Change comes from a lot more sources than it ever did in the past. New investment gives you the opportunity to improve your entire process.

Now let’s get specific about equipment — are there any surefire ways to tell it’s time to expand your bulk material handling operations capability?

CK: Yes, when you are spending an inordinate amount of time unloading or weighing small quantities. We’ve talked about going from bags to super sacks — because someone is handling, opening and dumping bags all the time. If you get to the point where you're handling super sacks all the time, that's when you need to start thinking about truckload quantities. It’s all about being as efficient as you can be loading your ingredients.

In addition to this unloading flexibility, they got other upgrades as well. When you buy a whole new system or upgrade an existing system, you can improve the electronics, get efficient new motors and improve all your mechanical capabilities.

Whether scaling up entirely or looking to dip your toes in automation for bulk material handling operations, AZO has many years of experience in bringing innovative German designs to American shores. We developed the original cyclone screener, and we haven’t stopped innovating the ingredient automation industry since.