During discussions about screeners, most manufacturers tend to picture a device beneath a hopper that separates unwanted particles from their material. “Stacking” equipment this way generally equates to a particularly efficient system, but what about when horizontal space in your facility is not in abundance? This is where facilities can benefit from pneumatic inline sifters.

Looking at your pneumatic system as a whole and recognizing that you’re conveying at a specific number of pounds per hour, you’ll likely end up deciding to utilize your space as efficiently as possible. One could argue that your end-product is only as good as the system that handles each of the ingredients making up that product (aided by an operator’s expertise in the field). 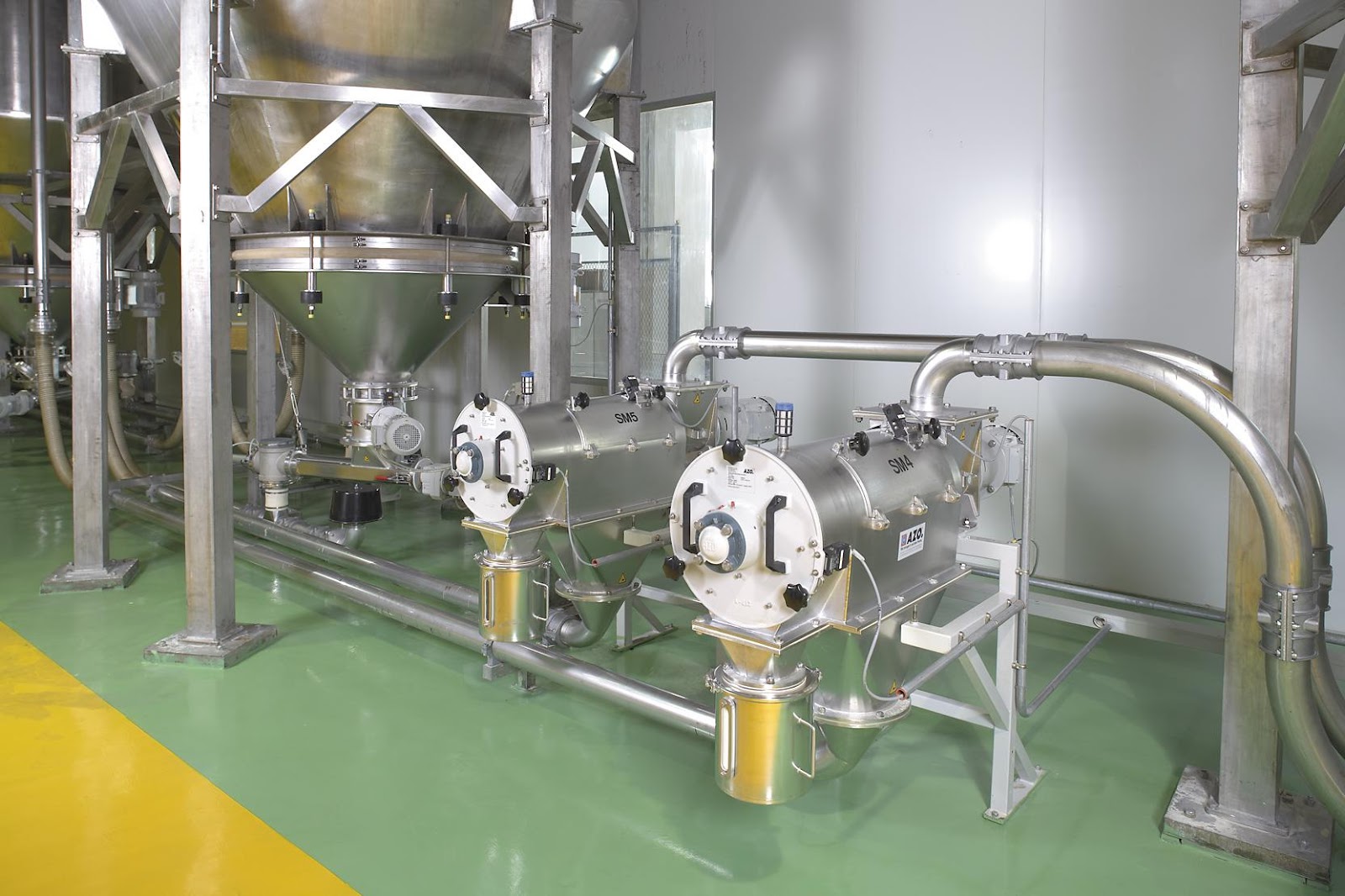 Under certain conditions, placing a screener (also known as a sifter) “inline” could be the most efficient way to separate unwanted material from these ingredients for your vacuum system. It should be noted that utilizing an inline screener in a pressure system will cause leaks at the inspection door and front door. It also will push product into the seals (ruining the seals in the process). All in all, pressure systems and inline screeners don’t mix.

In this AZO blog post, we aim to clearly define what constitutes an inline sifter, what placing a screener inline can accomplish and what other critical considerations should be mulled over before implementing this type of setup.

What is an “inline” sifter?

Inline screeners are simply screeners that have been modified so that a pneumatic system is metering (or feeding) product directly into the screener. From there, product is conveyed through the device and performs the well-known task of separating what is smaller than the screen through it. Everything else is put into an overs container, which cleans product within the convey line.

What are the benefits of placing a screener inline? Typically, AZO implements these types of screener setups if there are space constraints or even if reducing costs on other machines is a manufacturer’s aim. When a screener is placed under a hopper, the equipment used to feed it takes up space and so does the equipment taking the material away into the line. 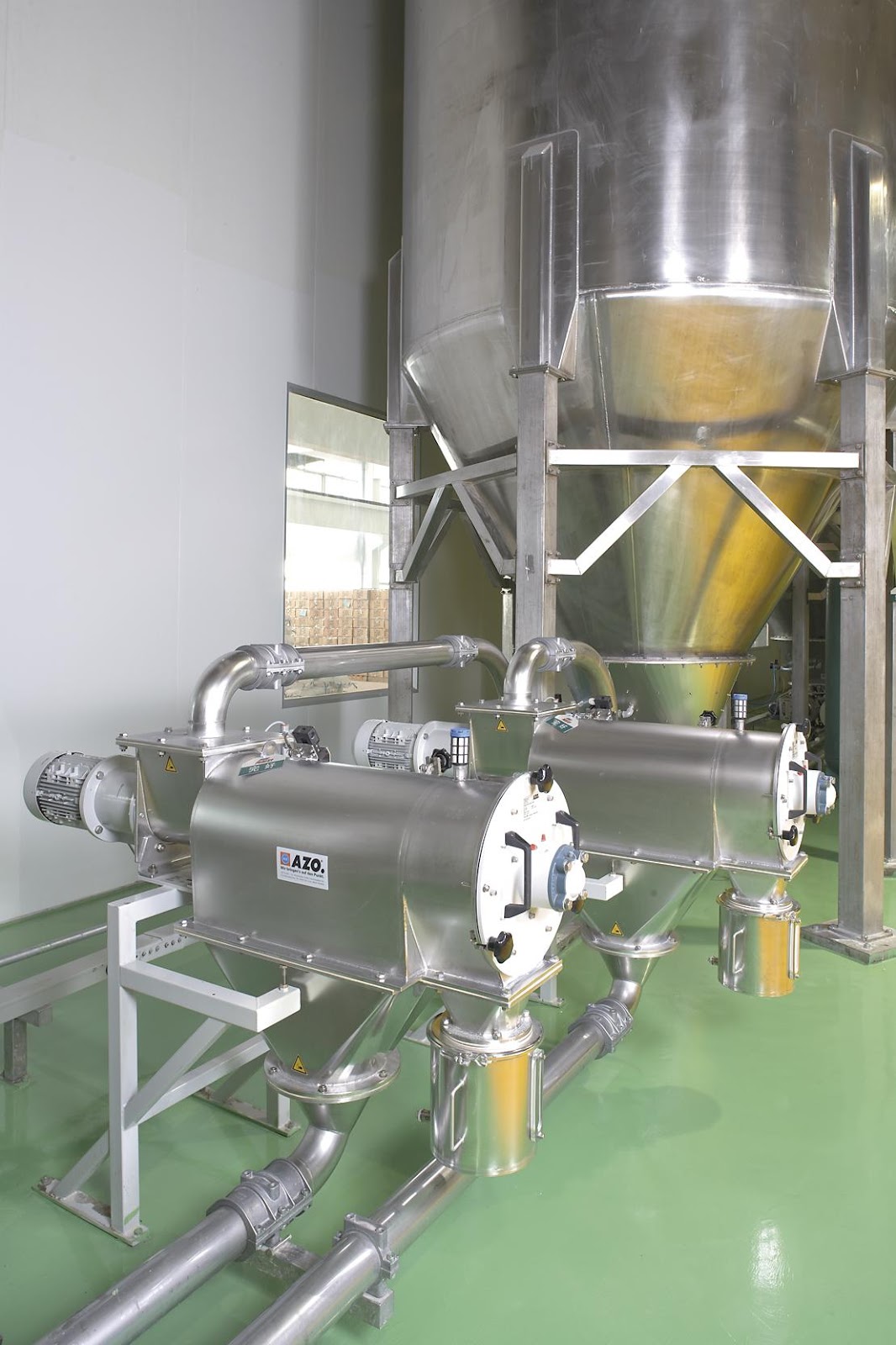 The advantages of inline screening can make perfect sense for a specific system lacking in available space underneath an existing setup. Such a screening setup is particularly useful when space is lacking in a silo, day bin or other storage device. This being said, there are requirements that such a system must meet before such a screener setup is implemented:

Inline screeners also must be fine-tuned and designed for each setup in mind. There are stipulations that are critical to abide by for a system implementing an inline screener to the process. For one, inline screeners must be sized correctly pertaining to each setup. These screeners should be placed within about the first 25% of the convey line.

Velocity increases in a convey line from start to finish, so this ensures that the speed of the material is manageable as it enters and passes through the screening device. Ultimately, careful consideration should be put into the implementation of an inline screener to an existing system.

If you have questions or concerns about if your setup would operate well with an inline sifter, it may be worth your time to consult an ingredient handling specialist. Whether you’re looking to bypass some height restrictions within your stack-up or leave more room around your silo while still screening efficiently, you won’t know what this type of setup could do for your operation’s efficiency (and therefore your end-product) until you consider discussing your specific system with someone who knows screening from A to Z.

Don’t know where to start?

As the founder of AZO was the inventor of the first cyclone screener on the market, we’ve had experience in this industry since 1949. Clients often come back to us with special requests and our sifting equipment has a high-quality robust design. If you have any questions about cyclone screening equipment or ingredient automation as a whole, please contact our sales team. Our screening buying guide can also help you specify, justify or maintain the right screener for your operation.