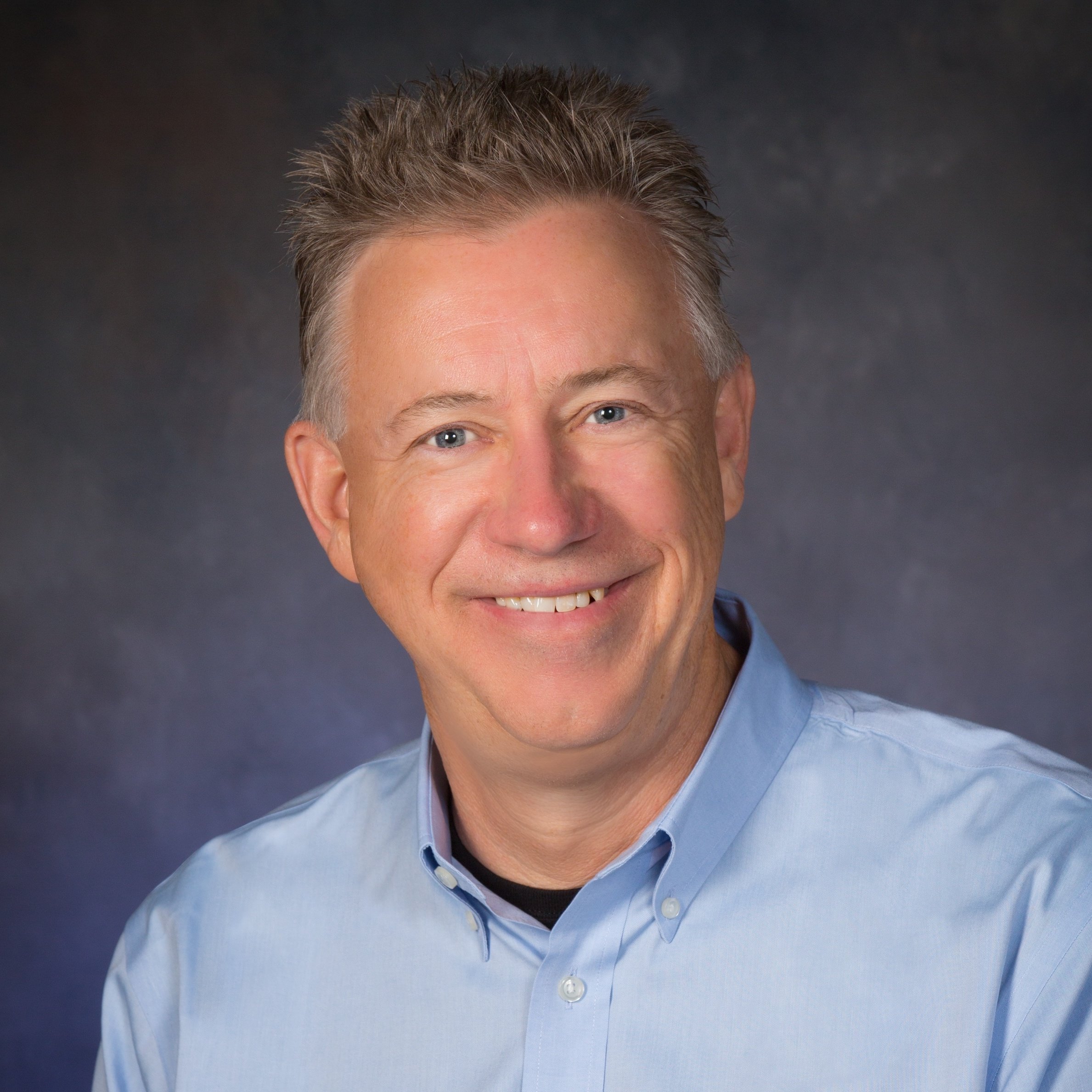 Chuck Kerwin About The Author

Ben D'Alessio is an experienced bulk material engineer who has worked in various chemical industry applications for more than 30 years. Ben recently joined AZO's technical sales team, and we recently sat down with him to chat about his observations of multi-decade trends.

As you'll read below, change comes slowly to bulk ingredient processing, but technology has had a significant impact on otherwise traditional applications.

Q - How Has the Attitude Toward Automation Changed During Your Time in the Industry?

Automation has become an important part of the conversation with most companies. It used to be a background consideration to the mechanical systems. The so-called "great resignation" has accelerated trends such as reductions in in-house maintenance and engineering teams, so many companies don't have the bandwidth to undertake extra projects on their own.

Perceptions have also shifted. Automation used to be viewed primarily as a way to reduce costs. Increasingly though, investment in top-notch controls, for instance, is seen as necessary to optimize operations and both increase output and reduce downtime and wasted materials.

At the same time that's raised some new concerns. Some companies have had some unsuccessful forays into automation and invested in projects which never yielded the anticipated benefits. There's also a legacy concern that high levels of automation, which eliminate much of the human involvement, increase the risk that a process could run incorrectly for a longer period until someone realizes and stops it. (AZO recently published a deep dive into this topic. Download your free "Advanced Automation: How Intuitive Design Enhances Control Systems" here.)

Q - Have the Factors that Drive Machinery Investment Changed?

The primary driver of investment in new bulk material handling equipment has consistently been capacity expansion. New products, new lines, and new factories are the triggers for most investments.

At the same time, I've seen an increase in replacements and upgrades. This is probably due to two factors. First, since the mechanical technology hasn't changed dramatically, many companies have run machines well beyond their intended useful life. In some cases, important components may no longer be available or have long lead times. So for companies that worry about having critical lines shut down for extended periods, there's more investment in replacement machines.

Improvements in controls are the other. As noted above, controls have changed quite a bit and offer important production benefits. In some cases, they can be retrofitted onto existing equipment. In others adding the control capabilities requires replacing the system. So I'd say there has been an increase in replacement and upgrade projects. (AZO explores the upgrade vs. greenfield project question in the free guide to "Hybrid Manufacturing Operations for Flexibility and Resilience" for download here.)

Q - What's Changed in Terms of Ingredients and Chemicals Themselves?

Not a lot. The variety of chemicals and frequency of use seems to me to have remained pretty steady. Certainly there are some new industries like EV batteries that have arisen, but for most applications it's been pretty steady.

I would say that generally ingredient consistency and quality has improved. More suppliers seem to proactively add flow aids to assist in processing or provide advice on how to handle their products. There's also been a trend toward pellitization of some ingredients

One related change, though, has been awareness of NFPA considerations. Many companies now expect equipment to be at least NFPA approved, and there's a trend to try to solve for dust control issues in the bulk material handling process itself as opposed to relying on an ancillary dust control system.

This can eliminate inefficient recapture of materials and potentially reduce the capital and ongoing maintenance costs of a dust control system.

Q - How have Improvements in Technology Improved Equipment?

Today we see process monitoring technology integrated into most systems. Pressure and temperature sensors, for instance, are much more reasonably priced today which means that they're designed into systems.

That monitoring technology, combined with the recent prevalence of servomechanisms allows for dynamic adjustments that reduce strain on materials and systems.

We've seen this impact bulk material unloading, for instance. Unloading material from trucks and rail cars, and in turn loading silos for storage is an example of an area where process control improvements have dramatically improved the process by eliminating errors and downtime, and making sure the right material goes to the right storage vessel.

Q - Some Ingredients are Inherently Tricky - What's Been the Hardest Consistently?

There's one ingredient that just seems to cause angst for everyone in the bulk material handling space. That's titanium dioxide (TiO2.) Everyone that's worked with it knows it's a bear. It sticks. It smears. It builds up. It is not a processing-friendly ingredient.

But lots of trial and error has led to some machine improvements. One that jumps out is the use of hose bends. Hoses allow the vibration that's inherent in a pneumatic conveying system to agitate the bends. So that place where there's most likely to be build-up, is less likely be problematic.

There have also been interesting technical innovations in slip coatings and improvements in vacuum conveying also help to reduce titanium dioxide complications.

Q - How has the Machinery Procurement Process Changed?

There have definitely been changes here. It seems like there are a lot more people involved now. Where there used to be a couple plant folks, like local engineers and management making most of the decision, today there are full teams. As I mentioned earlier many plant engineering teams are smaller today. So that means there are more corporate engineers involved.

There are also a lot of other departments that participate now. Obviously finance and purchasing, but also controls, safety and others. That's good in many ways - projects incorporate lots of important perspectives. But it also leads to some problems too in my view.

First, projects are often more expensive because there are so many "what ifs" that get designed in to satisfy the specific concerns of each group. Also the project planning, design and purchase process takes longer for a couple reasons. We often end up working with folks that aren't as familiar with the specifics of the location and details of the application. So we spend time establishing common understandings around the dry material handling fundamentals. And addressing each department's requirements lengthens the process.

On the other hand, this isn't necessarily bad for me as a sales engineer in the space. My years of experience and familiarity with virtually every application I encounter allow me to fill in a lot of the gaps for these teams to help advise them on how to achieve the operational outcome, but also how to keep the engineering and purchasing process as efficient as possible.

Q - What's the Biggest Opportunity Most Companies Might be Missing?

I think it's in effluent water from manufacturing processes.

it's interesting. EPA "Clean Air Act" regulations really heightened awareness around issues of dust control and air quality. We haven't seen the same yet with the treatment of effluent from manufacturing. There was some rumored proposal around fines or taxes based on differences between water intake and recycled output, but that hasn't become prevalent....yet.

Although it sounds a bit dissonant, dry bulk handling is a critical function for water treatment. Activated carbon, lime, flocculant, to name a few, are used in those systems.

So I believe that this is going to be an area of growth in the industry.

I'd guess 3%. Now, I recognize that sounds like a really big number. And I agree.

This is one of the reasons we've seen controls becoming a bigger focus. Precision control helps. It's also related to the dust control topic I mentioned earlier - if you can stop dust in the process, then you don't have to worry about trying to separate constituent components in a catch-all system.

It's also a deceptively complex topic in terms of cost.

I recently visited with a company, for instance, where they knew their preventable material cost was $500/day. While each of us would be ecstatic to add that to our paycheck, to an enterprise it may not be material, and it might not easily justify the capital investment required to correct it.

But the costs are actually larger. For instance, there's the company's ESG position and the sustainability question of knowingly wasting material. There are also costs associated with removing the waste material - both in disposal and the wear and tear on the dust control system that has to work harder than it should. The bulk material handling system has to be engineered for a higher capacity - storage and processing - by at least 10%, and it runs harder all the time. That impacts maintenance and operating costs. Finally, there are material purchasing costs beyond the material itself - more frequent orders, more material receiving and storage space, more shipments to QC, more invoices to pay, etc.

So I believe that material waste is an underrecognized problem for many companies with aging bulk material handling equipment.

Q - Over the Years, What's the Biggest or Most Common Mistake You've Observed?

It has resulted in more unsuccessful projects than any other factor that I've seen. That's the bad news.

The good news is that, as I mentioned earlier, is that awareness of controls is increasing. Companies understand the critical role that well-designed controls play in the long-term success of a bulk material handling system. Further, the reduction of plant engineering staff means that companies have fewer resources that they need to occupy, and therefore less appetite for trying to create their own controls.

Hopefully we'll see less and less of this over time.

Q - Thanks for your time and insights Ben. Let's wrap up by you telling folks a bit about yourself, what your role is at AZO, Inc. and how they can reach you.